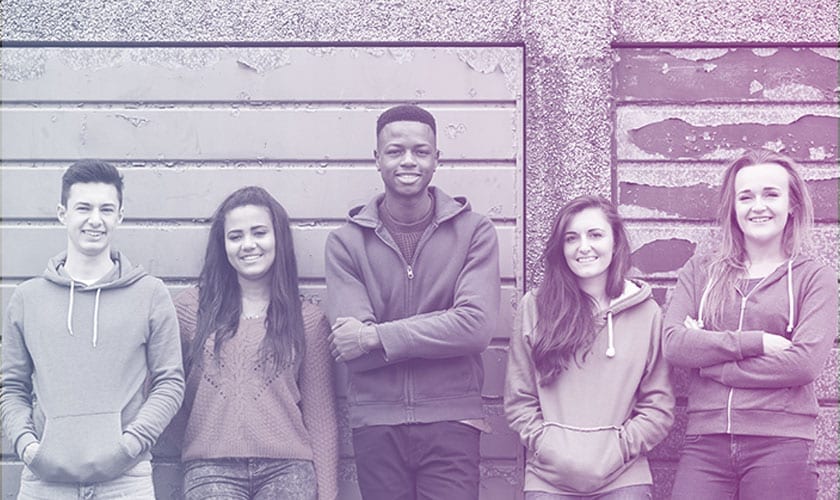 My grandchildren are pretty typical teenagers and like most, love to critique almost anything. When my granddaughter arrived for a visit this week, one of the first things she commented on was how her school doesn’t give enough funding for music programming, and particularly for band. Molly cares because she’s a devoted member of two bands and plays three different kinds of saxophones.

Molly: Band gets no school funding, so we have to pay when our instruments break down! During a fire drill this week the principal announced that the new field we were standing on cost $3 million! Don’t you think some of that money could have gone to the band? Why do sports always come first?

Me (Grandma who works at Thoughtexchange): Does the school ever ask students for their thoughts and opinions on what the priorities should be?

Molly: No, they don’t care what we think!

I don’t for a minute believe the school doesn’t care what students think. Nor can I assume the school would or could have made a different decision about where to allocate funds that went into the new field. What I hear in my granddaughter’s voice is a bit of disengagement and a lot of frustration, because she didn’t get to voice her opinion.

Most education leaders and classroom teachers understand the importance of providing meaningful opportunities for students to have a say. The stumbling block, especially at the school and district level, is collecting feedback at scale. Challenges include: asking the right question(s) and framing them so students can provide useful input. Data analysis and interpretation of the results are also significant hurdles. Reporting back to students in a way that lets them feel heard and demonstrates that their input is influencing decisions is a critical and often-missed step.

That said, some educators have found ways to overcome these barriers and reap the benefits of giving students the chance to voice their opinions.

The rewards of learning what students really think

A common concern for school leaders is that students aren’t engaged in school life or even their own learning. As it turns out educators are able to positively affect student engagement by providing opportunities for students to choose what’s right for them and express their personal views and individual identity.

Students who participated in Qualicum, British Columbia’s School District #69 Thoughtexchange on increasing student engagement agreed with these findings. As one student shared:

“They should ask our input and talk to the students directly and see the things that interest us so that we aren’t sitting in classes all day bored and not having any say in what we do or how we do it. If a class works better in a certain way, it should be talked about and discussed.”

Students engage when they see themselves as active players in their school and own learning. They want to be a part of a classroom, school, and district in which their interests and preferences are understood. They want to feel a sense of ownership rather than being passive recipients of the decisions of others. Student voice gives access to an experience of belonging and positively influencing the school community.

Graduating students with the right skills

Across North America, school districts are working with their communities to determine what skills and attributes graduates need to succeed in the 21st century. Exchanges on this topic regularly identify problem-solving, independence, and leadership as key competencies for graduates.

If we want students to graduate with these necessary skills, we can’t wait until after they have their diplomas to let them work on real-world issues: to explore, think critically, problem solve and give voice each step of the way.

As Dana Mitra states: “To become effective leaders, youth need to participate deeply, not simply be heard.” And, “they need opportunities to influence issues that matter to them and actively solve problems…”

When Dr. Ayindé Rudolph, Superintendent of California’s Mountain View Whisman School District included his students in a conversation about school safety, he opened a window into the landscape of his district.

While parents and teachers were concerned that safety training was raising students’ fears, middle school students said that drills helped them feel more prepared in the event of an intruder. As a result of this student input, the district made different decisions.

The result is much the same when schools and districts engage directly with students on just about any topic.

When New Jersey’s Rumson-Fair Haven Regional High School asked both parents and students what was most important when it came to student success, parents rated highly themes like critical thinking and interpersonal skills, while students focused mainly on topics like respect and life skills. Interestingly, both groups rated self reliance and confidence among their top three themes.

“Including student voice in the conversation by revealing these kinds of similarities and differences of perspective puts the district’s whole landscape in view and lets leaders make more effective plans and decisions.

Including student voice in the conversation by revealing these kinds of similarities and differences of perspective puts the district’s whole landscape in view and lets leaders make more effective plans and decisions.

Imagine if the principal of Molly’s school had been able to add to his announcement: “Now I understand that the field probably isn’t top priority for all of you. Be assured that we know what we need to prioritize next because we asked you. Band, music, and art students, we heard you.”

Maybe her school couldn’t have allocated funds any differently because they were targeted funds, as I explained they might be. But if Molly had been educated about school priorities in budgeting and been given the opportunity to share her views, she might been excited and optimistic, instead of frustrated and disengaged.

And, at the same time, her school would have gained deep insight into student experience and a catalog of student perspectives to help inform future decisions.

After all, schools exist because of students. So it only makes sense to keep them involved in the decisions that affect them, their schools and their education.