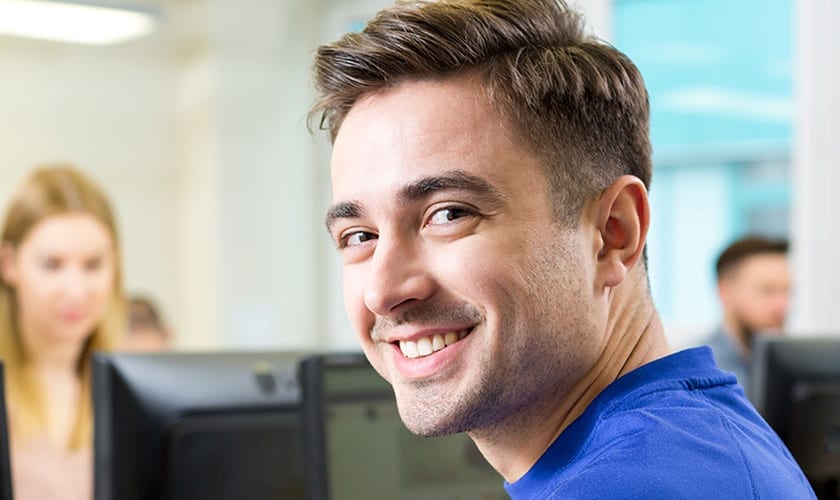 With more than 48,000 students at five campuses, the British Columbia Institute of Technology (BCIT) is one of the largest polytechnic institutes in Canada. The nearly 3,000 faculty and staff at BCIT focus on giving students the knowledge and applied skills they need to start out in the workplace on the cutting edge of current practices.

As part of a broad, ongoing strategic planning process, BCIT recently launched a discussion with staff aimed at defining the future of teaching and learning at the institute—one that will keep it at the forefront of applied post-secondary education for years to come.

BCIT was in search of a way to make their discussions more engaging and productive. They partnered with Thoughtexchange to create an interactive online discussion (an “exchange”) that would elicit concise and thoughtful input from more staff.

“I was looking for a way to make contact with the faculty and staff as a whole, and in an institution of our size we can’t do that with town halls or one-on-one meets,” says BCIT Vice President Academic Dr. Tom Roemer. “That’s how we ended up partnering with Thoughtexchange. I was looking for an online platform that wasn’t a discussion board. I didn’t want to end up with hundreds of threads that are all 20 layers deep and are very cumbersome to go through.”

At the same time, Dr. Roemer and BCIT Supervisor of Education Technology Bryan Fair wanted to avoid the limitations of a survey.

“Most surveys are too prescriptive,” Dr. Roemer says. “The questions or the prescribed answers may appear ambiguous. Any framework that imposes some kind of structure on the conversation implicitly influences the outcome. That’s exactly what we tried to get away from.”

An open and productive discussion

Dr. Roemer and Fair worked with the Thoughtexchange team to design four open-ended questions and launch an exchange that let faculty confidentially respond in their own words, on their own time and from any device.

“Any time people had a few minutes, they could pop in,” says Fair. “So they were able to engage at multiple points over a period of time, share their thoughts and rate thoughts of others.”

“There’s not a lot you need to learn, or rules you have to follow,” adds Dr. Roemer. “There’s a certain entertainment factor because the rating is interactive.”

Along with the ease of participation and use, Dr. Roemer and Fair say their exchange created an open conversation that stayed productive and concise. “People are weighing in, in a very simple way, on other people’s ideas,” Fair explains. “They can say they like an idea and don’t have to go into a narrative as to why that is.”

Fair adds that in a previous engagement using surveys and focus groups, he spent 80 to 100 hours over three months manually collating 18,000 comments.

With help from Thoughtexchange’s Data Analysis and Visualization Team, Fair spent a total of about five hours on the process and had results within three weeks.

“After the pure number of participants, my biggest
surprises were how thoughtful a lot of the input
was and how collaborative the conversation was.”Dr. Tom Roemer - Vice President Academic, BCIT

The most important direct results BCIT got from their exchange were the numbers. More than 400 people shared almost 800 thoughts, far exceeding Roemer’s initial goal of 100 people and 250 thoughts.

“One of the biggest positive outcomes I saw was that people really used it for what it was meant—to share ideas,” Dr. Roemer says. “After the pure number of participants, my biggest surprises were how thoughtful a lot of the input was and how collaborative the conversation was.”

Dr. Roemer adds that the exchange also validated the direction he had in mind and gave him greater confidence to move forward with it.

“It provided a bit of a mandate from the faculty,” he says. “It was reassuring that it matched my own vision. And due to the fact that 400 people participated, it has some weight now. A discussion like this provides you with ‘confidence credit’ so to speak. You know you’re on the right track from the start.”

After the success of their first exchange, BCIT is moving forward with Thoughtexchange to engage with staff and students on a number of topics, ranging from branding their online learning system and synchronous course delivery, to facilities improvements.

“I think Thoughtexchange is going to give us a fast track to some more realistic data, some data we can use,” Fair says.

Thoughtexchange provides software solutions that bring people together, build trust and make progress on important topics. Whether it’s employees, customers or whole communities, our solutions effortlessly connect you to your stakeholders. People can confidentially and independently share their thoughts, appreciate other points of view and understand how their perspectives are connected to decisions. Our patent-pending data analysis gives you the insights to make informed decisions and take action.