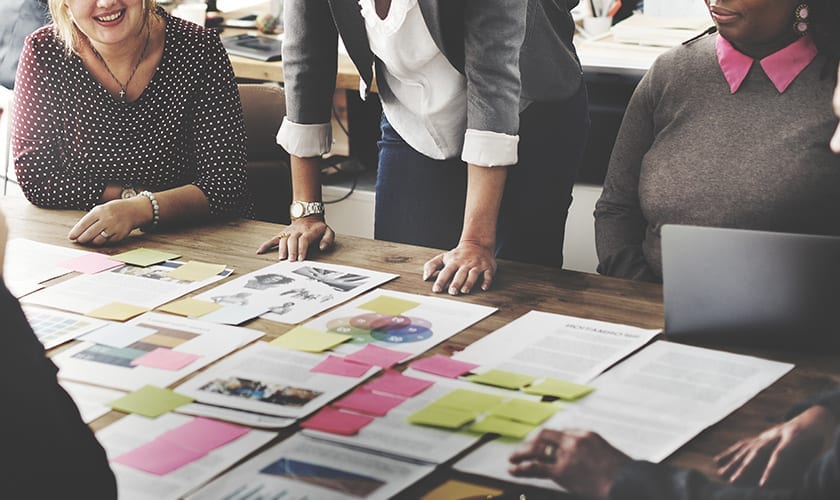 Rebooting faculty engagement to drive support for IT funding

Universities are homes to some of the greatest minds on Earth. However, the needs of brilliant researchers don’t always align with those of administrative leaders who have to drive institutional transformation.

That was the challenge Dr. Angus Hearmon faced. He was asked to come out of retirement and lead a £15+ million initiative that would equip University of Manchester researchers with IT resources they need to excel in their fields. Creating a business case for the project would involve hearing from 6,000+ academic and research staff to get a ground-level view of their needs.

“Historically, administrators and researchers in universities have held a wide range of opinions on the best research investments,” Dr. Hearmon says. “I needed to get an answer to this expenditure model that was going to be owned by both sides of the fence.”

PA’s IT Transformation Expert Kathryn Lewis had a tight timeline and the tough task of learning what was most important to thousands of researchers spread across a vast campus. She recommended Thoughtexchange as the solution.

“I needed to get engagement from academics across the university who don’t have a lot of time to spend working with consultants,” Lewis explains. “If they don’t feel their voice is heard and there’s no good evidence behind decisions, they won’t fully engage in the process.

“Thoughtexchange was the tool we needed to get the broadest set of viewpoints from across the academic community and collect that evidence.”

“Thoughtexchange let us get to the heart of what’s important to our researchers and share with them in a way that’s easy to consume and honest about the outcomes.”Dr. Angus Hearmon

In a typical eight-week consulting engagement, Lewis can usually speak to about 100 people in person. The people she talks with are also often pre-selected, which can limit the perspectives.

Using Thoughtexchange, Lewis created an online discussion with over 700 University of Manchester researchers. Over two weeks, staff across departments learned from each other by sharing and rating thoughts. Lewis then used Thoughtexchange data analysis tools to uncover what was most important to different groups of staff.

“From the 100 people we (previously) spoke to, we didn’t hear an overwhelming need for increasing the size of shared drives,” she explains. “But with Thoughtexchange, being able to segment responses by demographic showed that increasing the drive size was the most pressing need. That would have very much been overlooked by a smaller set of decision makers with potentially fixed ideas about where they think the overall direction should go.

“Thoughtexchange gave voice to people who wanted to participate, but otherwise might not have been involved.”

The best of both worlds

Along with this kind of actionable qualitative input, both Lewis and Dr. Hearmon say Thoughtexchange also delivered quantitative results similar to those of a survey. At the same time, their exchange removed the prescriptive bias inherent in surveys. The result was a better set of data.

“Thoughtexchange gave us a combined qualitative and quantitative view and allowed us to get a really large data set that we could get some sense out of relatively quickly,” Dr. Hearmon notes.

Building trust with a fair process

In addition to providing the evidence that helped build the business case, Dr. Hearmon and his team were able to minimize tension and build trust through a fair, transparent process.

“We made a promise up front about sharing what the outputs said,” Dr. Hearmon says. “Within two weeks of running the Thoughtexchange, we had a newsletter out that said: ‘This is what you told us and this is what we’re doing about it.’ Thoughtexchange let us get to the heart of what’s important to our researchers and share with them in a way that’s easy to consume and honest about the outcomes.

“Senior people in the university have commented that this is one of the best exercises we’ve had. People have felt consulted, and Thoughtexchange was a key part of that.

Thoughtexchange provides software solutions that bring people together, build trust and make progress on important topics. Whether it’s employees, customers or whole communities, our solutions effortlessly connect you to your stakeholders. People can confidentially and independently share their thoughts, appreciate other points of view and understand how their perspectives are connected to decisions. Our patent-pending data analysis gives you the insights to make informed decisions and take action.

Title
Head of Research IT