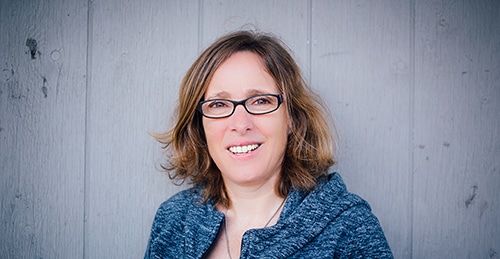 ROSSLAND, BC, Jan. 4, 2016 – Thoughtexchange is pleased to announce that Juliette Franklin is joining its executive management team in the position of Vice President of Finance. She brings with her more than 20 years of Chartered Accounting experience through which she has contributed to the success of a wide variety of private and public companies and government corporations in a number of industries including natural resources, biotech and media.

Dave MacLeod, CEO, said, “Juliette rounds out our executive management team with a wealth of knowledge in finance and company operations. Thoughtexchange has doubled year-over-year since 2010 and that is in no small part thanks to her expertise.”

Jim Firstbrook, President, adds, “Juliette’s vast financial experience in both small and large companies is critical to our success. It’s allowed her to make the best recommendations for each stage of our growth.”

The mother of young active twins and a resident of Rossland BC, Juliette loves spending time outdoors and does as much biking, skiing and camping as possible.

Alex is a seasoned communications professional and event planner with experience in both public and private sector companies and organizations. She is passionate about recruiting top notch team members and loves connecting people with roles where they excel. Alex served three years on the board of the Osprey Community Foundation in Nelson, BC and also sat on the Communications Committee for the Dalai Lama Centre for Peace and Education in Vancouver leading the international media relations team for the 2006 visit of His Holiness the Dalai Lama. Alex loves interior design, travel, camping and being outside.