How are you accelerating performance in the remote/hybrid work world? 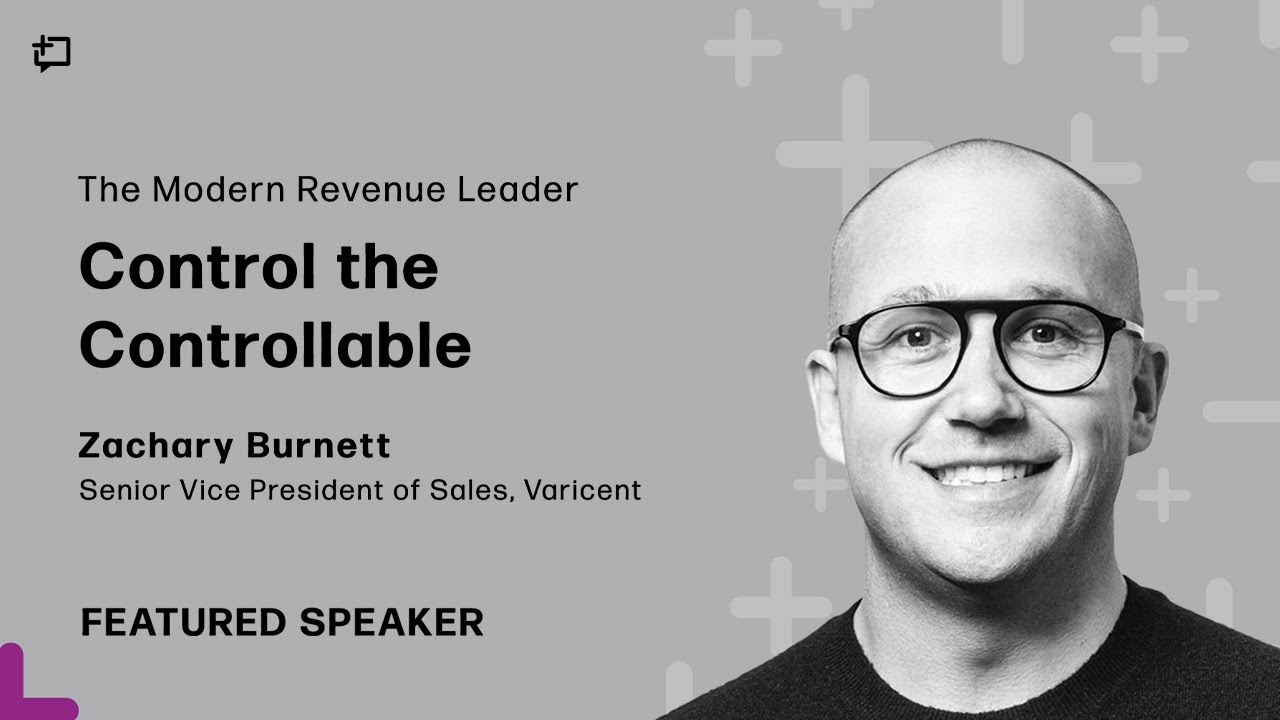 Lauren, thank you. And thanks for having me today. It's great to be here with so many really progressive leaders.

So as I prepared for this today I thought a little bit about back to when I was around. And when I first started in software I remember beginning with a team and a cohort of software sales people and I remember a bunch of them getting a bunch of deals that were bluebirds. Bluebirds are like these sales deals that, like, drop on your lap. It was pretty unexpected, and it's without much effort.

And I'd always get really upset why I wasn't the lucky person getting the bluebird. And I would fixate on this. And I really wrapped a ton of energy and effort around it. And to get through that I coined this term called control the controls, right? I can't control my luck, but what I could control is the effort and energy I put into my business, the approach I took, and how I engage with clients in building my strategy.

So taking that story and that mantra that I really lived by for a while, let's fast forward to March of 2020. I'm flying back from San Paulo, Brazil, the last business trip I took. And I dropped into my home office where we began this world of Zoom and a remote working right?

So aside from the fact that it's very weird to work from home and everyone's vision got worse from looking at a screen all the time, one of the things that really changed was the rhythm of our business, right? Not just the face-to-face interactions with clients and the interpersonal communication relationships you can build, but the rhythm that changed was the interaction with your team members. Those unscripted intimate moments over a coffee or a beer that you're able to build a relationship, learn about them and their family, but really do some of that ad hoc coaching that is so tremendously valuable to our reps, and also to us because we're constantly gathering information that's really informal.

And so over time you kind of progressed into this daily rhythm where you'd jump on Zoom and you'd have back-to-back meetings. So at the end of last year I kind of took stock and said, listen, why is it I feel so exhausted at the end of the day? And I looked at it and then basically I realized that I did not have control of my calendar or my time. I started looking into a lot of the interactions I had, and some of the things were great, but a lot of things I wasn't actively participating, I was more passive in nature. Yet I still wasn't able to do a lot of the things I did while travelling around.

So what I did is I actually blocked twice a week my calendar for half days – I believe that we as sales of professionals have a grid of 10 blocks, morning and afternoon for five days, great news for those that are in sales, if you want more blocks you can work in the evenings or the weekend.

But that being said, it's you have to use that time and energy to engage not only your clients but your team.

And so what I did was I was able to take that time back and have those one-on-one ad hoc conversations with my team members. To do a couple of things.

To gather the kind of information that we probably wouldn't hear on a public forum with 25 of their colleagues. I was able to have those intimate moments around what's happening with them personally and show that empathy and care for them. And more importantly I was able to do some of that ad hoc coaching, which helps calibrate and make our teams better.

So over time I began to feel refreshed and recharged, so what I encouraged my team to do is take some time and over a one-week period evaluate what you spent your time by the hour and write it down.

And what my team came to the same conclusion that I came to two months prior is that they did not have control of their time. They were passively participating in meetings that just weren’t providing the utility that they needed to their teams and to them. They weren’t gathering the information in a way that's really productive.

So what I encouraged them to do is take half a day once a week to have an informal time to do strategy, to think, to gather information in an informal way. And what that did is that gave them the energy – and I think the push and the ability to recharge to get back at it, because they were able to build those relationships and really understand what was happening in their businesses even more effectively.

Now, as you mentioned, Lauren, we do use the Thought Exchange platform and from that we're able to gather a lot of that information. Our team did not feel in control. So we as an organization instituted that every Wednesday, everyone within Varicent, it's a no-meeting Wednesday. You cannot plan a formal meeting on Wednesdays because it gives you time to do your work. To think strategic. To speak to your clients, your colleagues, your friends.

And what that's doing is that giving us the ability to be more productive and taking control back of their time and their business.

So the thing I'm going to give back to the team is always think about the things you can control. Control the controllables, and that's how I think our organization is feeling empowered and more effective in this really challenging environment.

Investing in Your Remote Employees

Advice for the Remote Leader

Back to "Accelerating Performance Remotely"